Out for the day–Oral surgery 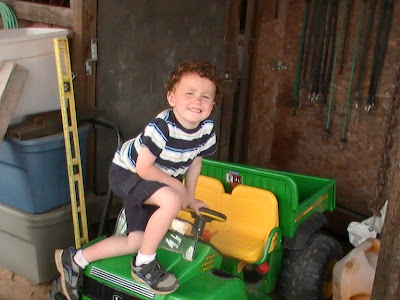 I am so going to miss this perfect beautiful smile. My poor Ryan, 3 yrs, somehow damaged his front tooth. This last Sunday he started to cry out of the blue in the van on the way to T-ball at 5pm that his tooth hurt. I looked at it when we got parked for practice and noticed his front tooth was gray and the back looked awful. He played t-ball and would cry off and on that it hurt that evening so first thing Monday morning I got him into the dentist. They said it happens a lot with little kids and typically the tooth turns gray but just stays put until it falls out like normal but since it hurts him we need to fix it. They led me to believe they could do a root canal and put a cap on it and wrote me a referral to a pediatric dentist. I called and called that afternoon telling everyone the details to only be told that it would be the end of April or sometime in May before they could get him in! I wanted to crawl through the phone and yell are you listening to me!! He is three and in pain. That will not work. The next morning he wakes up with a swollen lip and cheek so we are off to the pediatrician who tells me it is abscessed and writes me a Rx for an antibiotic and tells me to get him in this week. I tell her my dilemma and she suggest a couple place to which I reply called them they told me over a month. She gives me a list of some others and offers to try to call in a favor somewhere to help me out. I keep calling and get an appointment for Wednesday. We go in and they do x-rays and check it out and REFER me AGAIN! Arrgghh. I call their referral and the lady takes all my information then looks for when they can get him in. There is a long delay and she tells me, “Let me talk to the dentist and call you back”. Great, I am thinking OK, they are booked. Anyhow almost an hour passes by while I am at Wal~mart buying a new blender and more ice cream and yogurt for smoothies because it’s about all he will eat. I get the call in the ice cream aisle that they can get them in tomorrow (today) hooray! So no eating after 7 am no drinking anything after 9 and his appointment is at 1:00 we need to be there by 12:30. This will not be easy to not let a kids have a drink for this long. Anyhow we are heading out soon so I can keep him occupied a bit and not thinking about everything he can’t have, lol. So soon my poor handsome curlie cue will be modeling a missing front tooth smile for probably the next 2 years. 🙁 Sad mommy. Pray for peace for us today please because this little man is not happy with the thought of having his tooth removed and he doesn’t know what is going to go on today. It would just be torture for him to know ahead of time. Have a great weekend everyone.