I know I have been excessively missing in action lately but I have been having fun while away.  My husbands cousin in Pennsylvania just had a baby boy and another cousin of his here in Oklahoma is having a baby shower for her soon to arrive baby girl so I set to work creating. In the process I had to practice my art by creating for my own little ones first so here is what I created for my children while practicing. I made Ryan and Rykers both the same with camoflage and Savannah’s was done in zebra. I really liked how they turned out so I was on to the baby gifts. 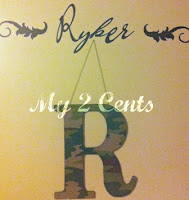 The wooden letters I picked up at Hobby Lobby as well as some scrapbooking paper and modge podge and set to work with my creations. Then a staple gun and ribbon so they can hang and that’s it. They are so easy to make and so much fun and look so good when they are finished. I really enjoyed it and looked forward to making the gift below.

Well sweet little Logan has a big brother Maverick that I just had to include because he is just the sweetest kid as well and he is so excited to be a big brother so first off I made these. I really like how these turned out. 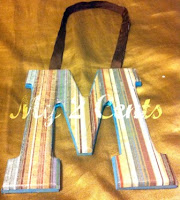 Now it was time to make the creations below. These really scared me to be honest. I haven’t ever made anything like these before. I purchased the Onsies at Kohl’s and the bibs at Hobby Lobby as well as the material and wunder under. After cutting out the letters and hearts I ironed on the wunder under. It was my first time ever using it but did it just like the lady at Hobby Lobby and the instructions told me to. I then did a quick wash to make sure I didn’t give gifts that would fall apart and am glad I did because the wunder under didn’t hold up like it’s supposed to. So I broke out the old Brother sewing machine and stitched the letters and hearts in place. I think I like them better this way anyhow. They look more homemade. These ended up not being so scarey and I really enjoyed making them. 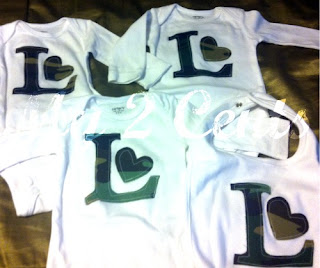 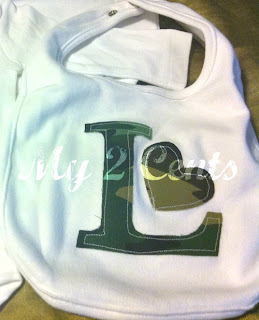 One last thing to complete and Logan’s gifts are ready to go: The card. This was another fun project I really enjoyed. This is the front cover of his card and the inside is below. 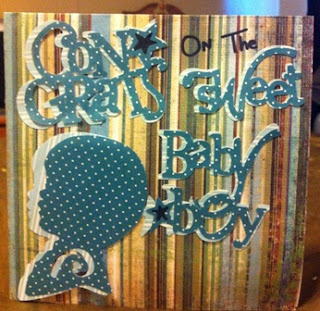 I think it turned out very well. 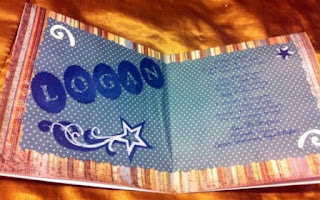 Now this was just for the new little guy. I still had to create some items for sweet little Caitlynn who has yet to make her arrival. So here we go. First off is her little bib and then a onsie. Her room is being decorated in butterflies so that is what I added to her card. 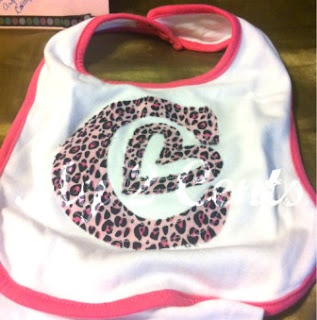 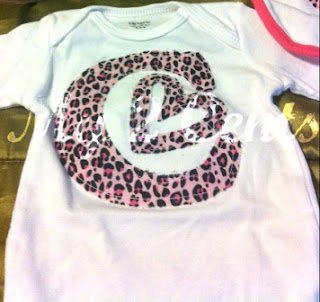 After creating the card it still seemed to be missing something so I added the band of ribbon and bow to the bottom of the card. 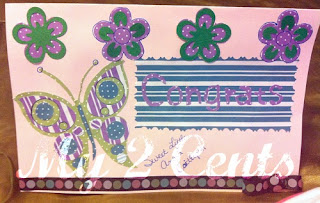 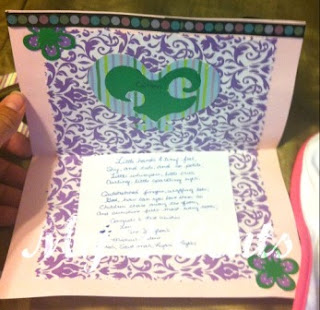 I also purchased a few store bought outfits for Caitlyn so they are even on what they will both get. I had such a great time this weekend crafting and have finally put everything back in it’s place and turned my home back into a home. 🙂

What have you all been up to lately? Any crafting going on?